The M5 is a motorway in the United Kingdom. It starts at Birmingham and connects the cities of Worcester, Cheltenham, Gloucester, Bristol, and Taunton. It ends at Exeter, at the junction with Route A38. The M5 is the main motorway in southwestern England.
The project consisted in turning a 3-lane carriageway into a 4-lane carriageway on the M5, between junctions 4a and 6 southwest of Birmingham. This is the first contract awarded as part of Highway England’s Smart Motorway Programme.
The Programme’s objective is to ease traffic flow by increasing the capacity of existing roads, without resorting to widening schemes, through the smart use of the emergency lane and variable speed limits.
Highways England, the country’s motorways authority, awarded to a joint-venture consisting of VINCI Construction Grands Projets, VINCI Construction UK, and Balfour Beatty, this initial contract designed to transform this section of the M5 into a smart motorway.

This project marks the launch of smart road construction methods where the use of technology is central.

This initial contract is part of the smart motorway programme being deployed in England. The project is part of Highway England’s Smart Motorway Programme (SMP). It calls for the transformation of a section of motorway M5 between junctions 4A and 6.
Thanks to smart traffic-management and motorway use, thousands of motorists will enjoy more fluid traffic conditions on a daily basis.
Finally, along with the widening of junctions 25 to 28 on the M1 in the United Kingdom, carried out from 2007 to 2010, current construction of the East End Crossing in Indiana in the United States, and current construction of the new coastal route on Reunion Island, this project enables VINCI Construction Grands Projets to develop its recognised expertise in the area of complex and demanding roadworks. 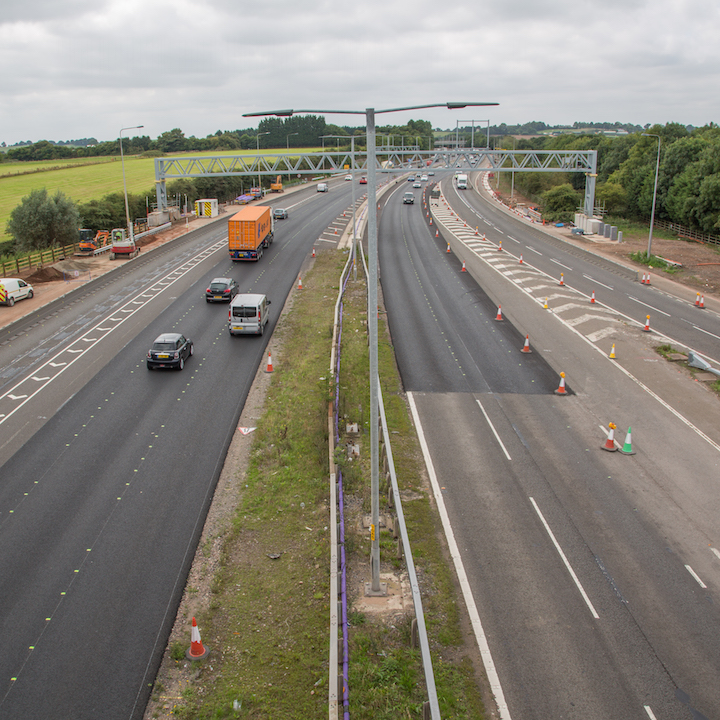