Atatürk Stadium was built in support of Istanbul’s candidacy to host the 2004 and, subsequently, the 2008 Olympic Games, as the city needed an impressive infrastructure to promote its image. While the Games were attributed to Athens and Beijing, respectively, the decision was made to build the stadium anyway. On November 28, 1997, the project was entrusted to a consortium led by Campenon Bernard (VINCI Construction Grands Projets). The project was a challenge in that the location is prone to earthquakes. In fact, an earthquake occurred in August 1999; fortunately, no employees were harmed, and the worksite incurred no damage. Despite difficult working conditions, we made safety our top priority to ensure smooth progress. 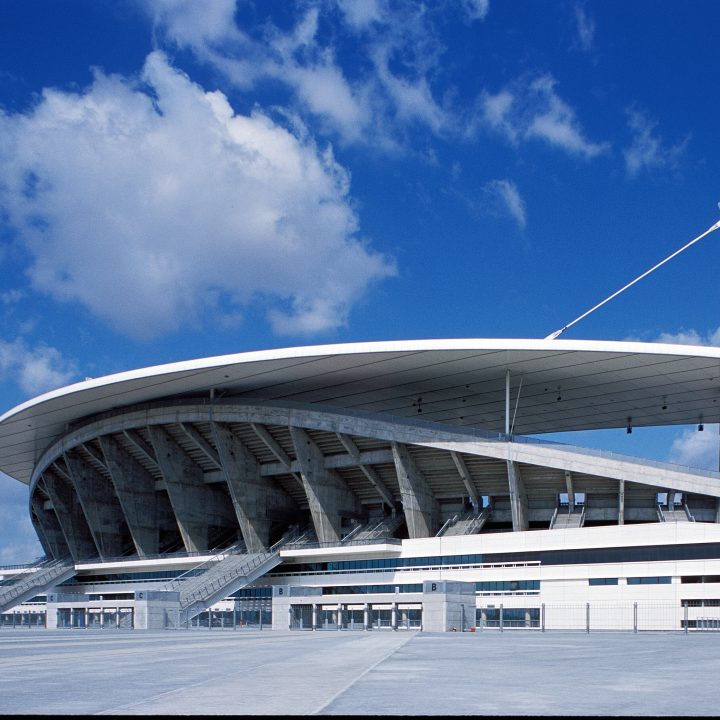 As a result of its bold architectural design, Atatürk Stadium was a real challenge for its builders. Designed by the architects of Stade de France, Michel Macary and Aymeric Zublena, the structure is half-buried in the ground, with the track and grass field located 12 metres below the main platform. The stadium’s design features a pronounced curve and its geometrical properties are very complex. As for the metal frame, referred to as “a worksite within the worksite,” it supports two different types of roofing weighing 3,300 and 1,200 tonnes, respectively. The stands rise to 50 metres above field level and they rest on supporting structures located at 14-metre intervals.
The stands on the west of the stadium are covered by a steel frame in the shape of a moon crescent over 270 metres long. This covering frame is itself suspended from two reinforced concrete pylons (80 metres high) using cable stays; the ends of the frame rest on four masts that form part of the stand-supporting structures.
The western roof is in the shape of a moon crescent, which is the symbol of the stadium, and is supported by a mega-beam that weighs 1,000 tonnes.
One of the highlights of the construction of the stadium was the spectacular hoisting of this monumental metal beam. The lattice beam was fully assembled on an elevated platform 26 metres above the ground in order not to obstruct construction of the stands; it is 6 metres wide, 200 metres long, 11 metres high in the centre, and 3.5 metres high at the extremities.

VINCI Construction Grands Projets was able to apply its safety standards on this project through material resources and tangible measures. Accordingly, the materials and formwork ordered from suppliers in Europe were selected on the basis of safety requirements.

Despite Istanbul’s two unsuccessful bids to host the Olympic Games, Atatürk Stadium was built and is the largest sports facility in Turkey today.
This venue has hosted major championships such as the Turkey Cup final between Galatasaray and Fenerbahçe and the League of Champions final between Liverpool and Milan AC. This stadium is truly an Olympic-class facility.
This project is more than an 80,000-seat stadium: it was designed to be both the leading sports venue and an architectural monument in Istanbul.
The stadium is not a self-enclosed structure: it is a vast architectural symbol, open to the surrounding community. The western roof is a crescent floating above the stands, while the eastern roof more closely embraces the stands. The crescent, which is supported in part by cable stays connected to two slender megastructures, is suspended between two pillars as if bringing East and West together. 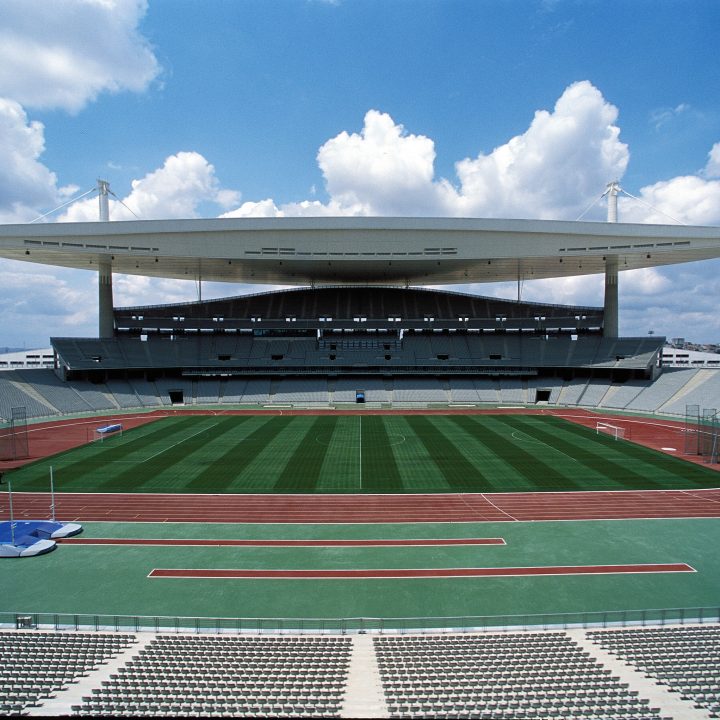 Client
Preparation and Organisation Council for the Istanbul Olympic Games