In 1995, during construction of the Øresund tunnel, which connects Denmark with the Scandinavian peninsula, the Danish government made a commitment to the Swedish government to promote the development of a fixed link between Denmark and Germany, which would also benefit Sweden. However, Germany, in the midst of reconstruction, quickly indicated its lack of interest in this scheme. In 2008, following a long period of discussion, authorities in both countries signed a treaty based on Danish funding to build the crossing. Subsequently, German authorities would be responsible for linking the structure to their country’s roadway network. As a result of this agreement, feasibility studies on possible solutions, either an immersed tunnel or a bridge, got under way.
In 2011, a decision was made to build an immersed tunnel. The call for tenders was issued.
On March 4, 2016, our consortium was awarded contracts for the three work packages for which we had presented our candidacy. On May 30, 2016 in Copenhagen, the three contracts were officially signed. 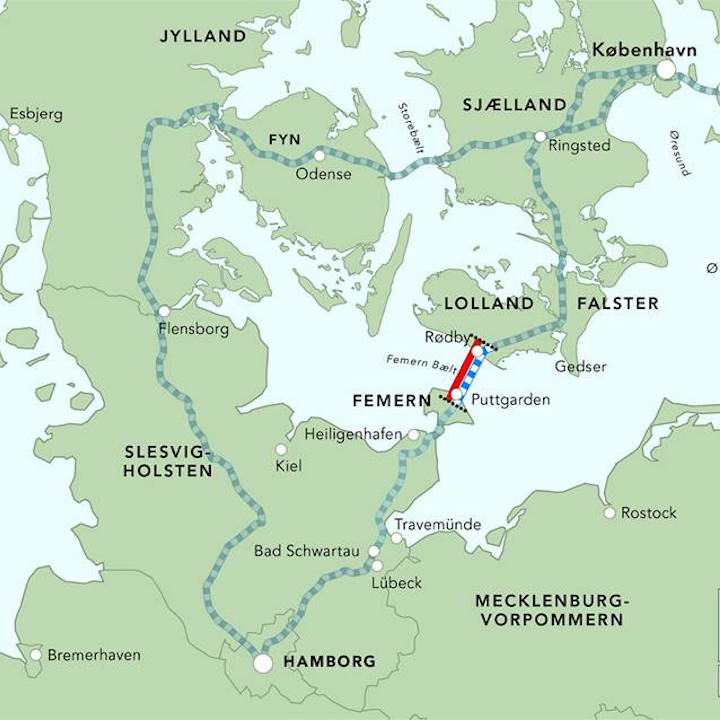 The tunnel will consist of 89 watertight individual prefabricated concrete segments built on the Danish side at Rødbyhavn in a production plant built for this specific purpose. The 200-metre segments will be towed and subsequently immersed and placed in a trench excavated on the Baltic seabed. When the tunnel is complete, it will be covered with sediment and stone to protect it. In all, four separate tubes (two rail lines and a dual 2-lane motorway, that is, the same configuration as the Øresund tunnel) and a technical duct will be fitted into the tunnel, which will be 40 metres wide and 15 metres high at its peak.
The 15 million cubic metres of sediment that will be excavated will be repurposed to create embankments. Access roadways will link the structure to road and rail networks in both countries.
In design terms, an immersed tunnel is a challenge given space constraints and the resulting limitations on geometrical options. Tunnel segments must be sufficiently light to float at they are towed to the immersion zone but heavy enough to stay underwater once they are placed on the seabed. Concreting operations must take both of these conditions into consideration. Thanks to the consortium partners’ accrued expertise and our science department’s know-how, we developed, right at the tender-submission stage, a concreting formula that would limit early-age cracking and meet the project’s technical requirements.
The other decisive factor is the size of the steel reinforcements. Once these two factors (geometry of the structure and size of the reinforcements) are optimised, we can focus our expert know-how on adapting construction techniques to the design requirements (moving the reinforcement cage, immersion equipment and systems, and so on).

At nearly 18 kilometres long and linking the region of Lolland-Falster in Denmark to the region of Schleswig-Holstein in Germany, this structure will be the world’s longest immersed road and rail tunnel. Motorists will be able to make the crossing in ten minutes and train passengers in seven minutes, whereas formerly the options were an hour-long ferry ride or a 160-kilometre detour through the region of Jutland in Denmark.
Currently, the Femern tunnel is one of the largest infrastructure projects in Europe. Upon delivery, it will help foster the development of trade and tourism in northern Europe.
This is an exceptional project in every regard, including in terms of scope, techniques, gestation period, and implementation period. 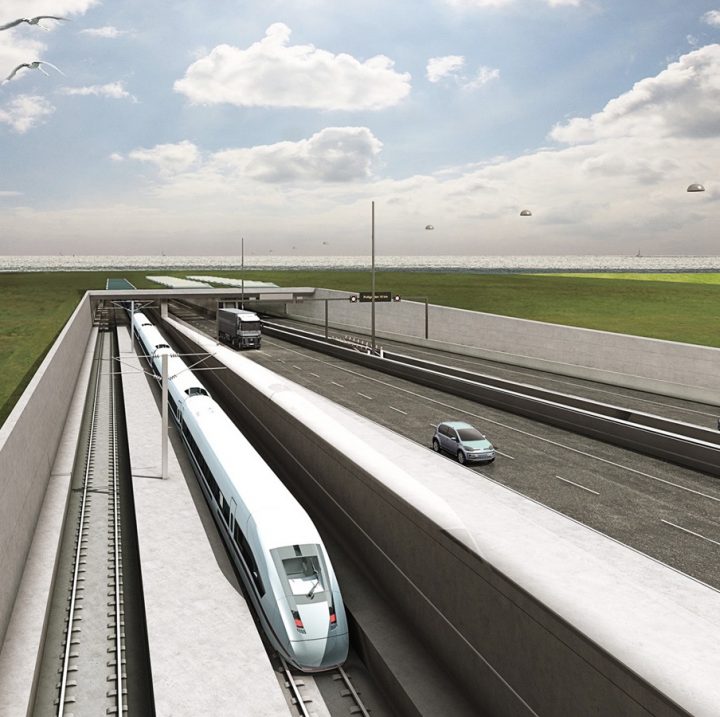