The Hallandsås mountain range alternates between bedrock and loose unconsolidated ground. The area of Möllebäck is so waterlogged that it can spout up to 400 litres per second when the ground is pierced (equivalent to the water consumption of a city of 100,000 inhabitants). A small government-owned company took up the challenge and began TBM-boring operations. But after only 16 metres, the machine got stuck. After trying to make progress using blast tunnelling for another 3 years, this company gave up. Skanska took over and also chose to proceed with blast tunnelling. But following an environmental scandal, operations were once again brought to a halt, and Skanska withdrew from the project. The national transport authority refused to quit and, despite these 2 setbacks, was determined to improve rail service in the western part of the country. It decided to approach non-Swedish building and public works companies with the expertise needed to make the project a success. That was when VINCI Construction Grands Projets decided to partner with Skanska to restart the project. 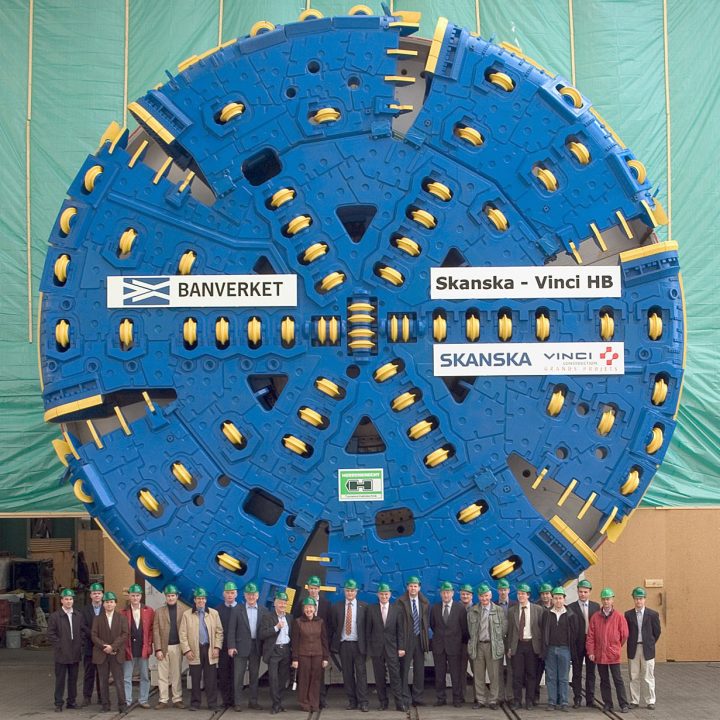 Work began with blast operations while teams awaited the delivery of the TBM, which had been ordered from the German company, Herrenknecht. To put all the odds on its side, VINCI Construction Grands Projets acquired a TBM that featured unique characteristics in its time. The TBM, named Åsa, was designed to bore through bedrock, soft soil, and aquifer-rich ground. It could also withstand up to 13 bars of water pressure at the tunnel face, which was 3 to 4 times more than for conventional tunnelling sites at the time.
To facilitate TBM excavation, we hardened the ground by freezing it using brine to -39°C. As a result, we were able to bore through the famous Möllebäck fault line, which consists of rock so drenched it seemed to be flowing. The ground we froze formed a cylinder 135 metres long with a diameter of 15 metres – like a tube the length of a football pitch and 5 storeys high. The TBM bore through the frozen zone in 2 weeks, and on August 25, 2010, the first tunnel was finally excavated.
Since the Swedish environmental court forbade us to remove more than 100 litres of water per second on average from the ridge (and more than 400 litres per second at peak periods), we had to slow down work. It’s worth noting that all this water was treated downstream from the TBM prior to discharge into the natural environment.

This exceptional project, whose challenges and constraints gave rise to technical, environmental, and managerial advances, has enhanced the Group’s image in Scandinavia.

This project – Sweden’s largest rail infrastructure project in 40 years – will not be forgotten by the engineers who designed it. Hallandsås is a perfect example of what we do best. It’s an outstanding project, so unlike all others. The extremely complex geological and hydrological characteristics of the project enabled VINCI Construction Grands Projets to develop and showcase its technical and infrastructure know-how.
This infrastructure is located in a region (the Malmö-Göteborg axis) that is experiencing fast development and which accounts for one-third of Sweden’s population and GDP. Thanks to these two tunnels, which have replaced a single-track stretch dating from 1885, capacity in this section has risen to 24 trains per hour from a mere 4 trains per hour previously. This infrastructure also provides greater safety since the tunnels have done away with the several level crossings of the old line. 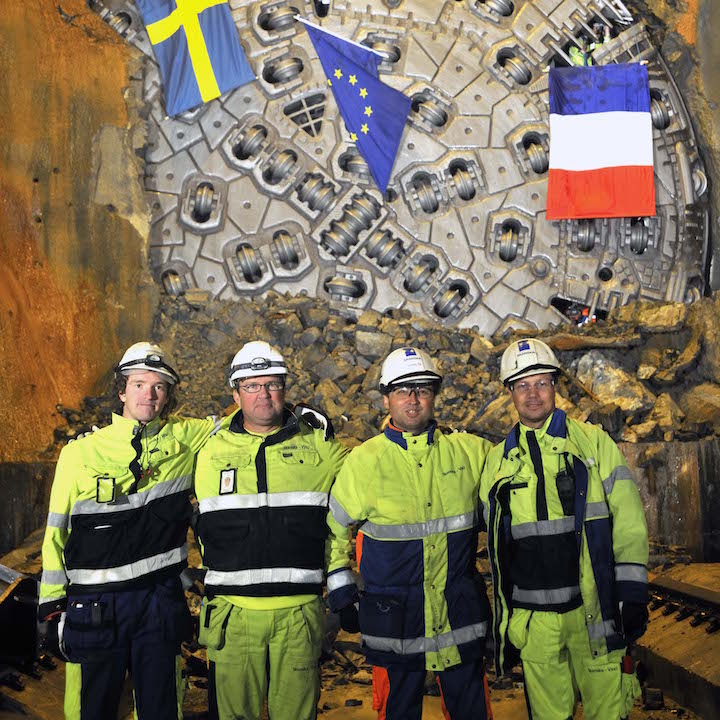 “The exceptional partnership between our 2 companies was evident both at the executive level and in the field – the project was blessed with harmonious interaction. Hallandsås was a true human adventure.”