The infrastructure features no fewer than 5 giant diaphragm-wall shafts reaching 85 metres in depth (the deepest ever built in the United Kingdom), pumps with a high flow rate of 3 cubic metres per second, an underground tunnel 6.9 kilometres long with an internal diameter of 7.2 metres… Everything about the Lee Tunnel is oversized. This large-scale project aims to reduce by half the 32 million cubic metres of wastewater still poured, without treatment, into the Thames every year, at Beckton east of London. The Lee Tunnel is designed to collect and store wastewater for treatment. The Lee Tunnel project is the first phase in a much more extensive program known as Thames Tideway, which calls for the implementation of 32 kilometres of tunnels and approximately 30 shafts to improve London’s water-collection and treatment network. This network dates from the latter half of the 19th century and is no longer equal to the task – in fact, it overflows whenever strong rainfall occurs. 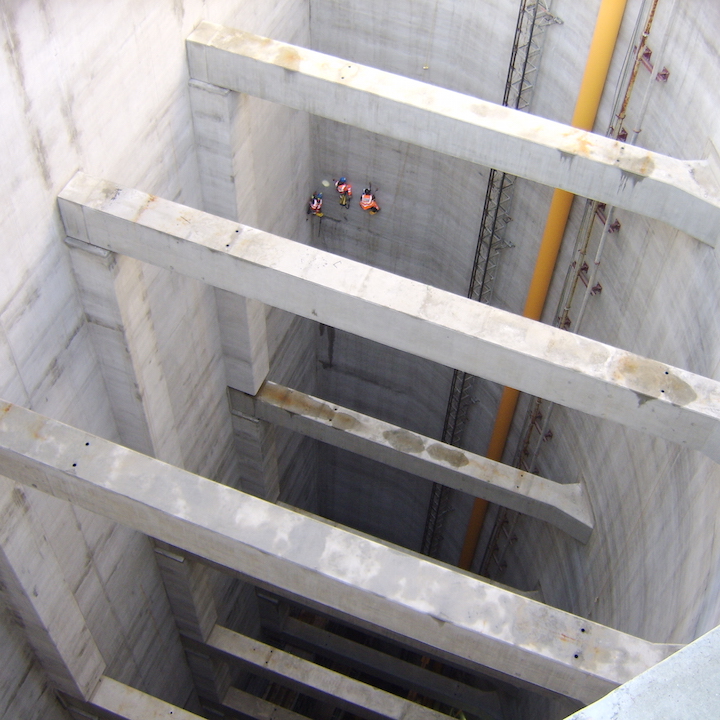 To begin with, we faced a complex geological environment and technical constraints. On the one hand, our slurry shield TBM, named Busy Lizzie in honour of the Queen, had to bore through highly unusual soil consisting of a mixture of chalk and flint. In addition, at midpoint, we encountered a fault, dating from the ice age, which we gradually filled in with compacted sand.
On the other hand, the technical constraints associated with building deep shafts were yet another major challenge we had to overcome. Complex geotechnical work was required. We needed to build diaphragm walls ranging in thickness from 1.2 to 1.8 metres, at more than 85 metres in depth, with a vertical deviation band of only 30 centimetres for every 100 metres. Once these foundations were in place, we were able to launch earthworks operations to excavate the shafts. We used slip forming to line the shafts. The walls were not built in reinforced concrete but in fibre-concrete, which requires less steel. As a result, in 2013, this project earned us a Grand Prize at VINCI’s Innovation Awards ceremony for the United Kingdom and Ireland sector. In the same year, the Considerate Constructors Scheme (CCS) awarded us a Gold Medal for this project. These accolades are a recognition of our ability to meet both the human and technical challenges associated with this project.

“We set new productivity records. The TBM’s performance was outstanding. Busy Lizzie bored through 790 metres on its best months, progressed by 250 metres in a single week, and up to 55 meters in one day.”
François Pogu, Project Manager

By optimising our use of steel and removing nearly 1.5 million tonnes of materials and waste products using barges, we minimised the project’s carbon footprint. VINCI Construction Grands Projets was also able to meet the client’s challenging expectations and abide by British customs with regard to community service and support. Accordingly, every 6 months, local residents were invited to tour the worksites and attend an information session. Through this project, we also took part in several worthy causes, including Red Nose Day and Movember. These efforts to adapt to English customs were recognised by the Considerate Constructors Scheme (CCS), a leading organisation in the United Kingdom that monitors and assesses the construction industry’s impact on society and the environment. This not-for-profit, independent body brings together construction companies that open their worksites to tours and evaluation by professionals. In so doing, the CCS helps to enhance the industry’s image in the eyes of the general public in the long term. Its grading scheme has become a standard for civic responsibility in its industry. And, thanks to our efforts to adapt to British ways on this project, the CCS awarded us a Gold Medal in 2013. 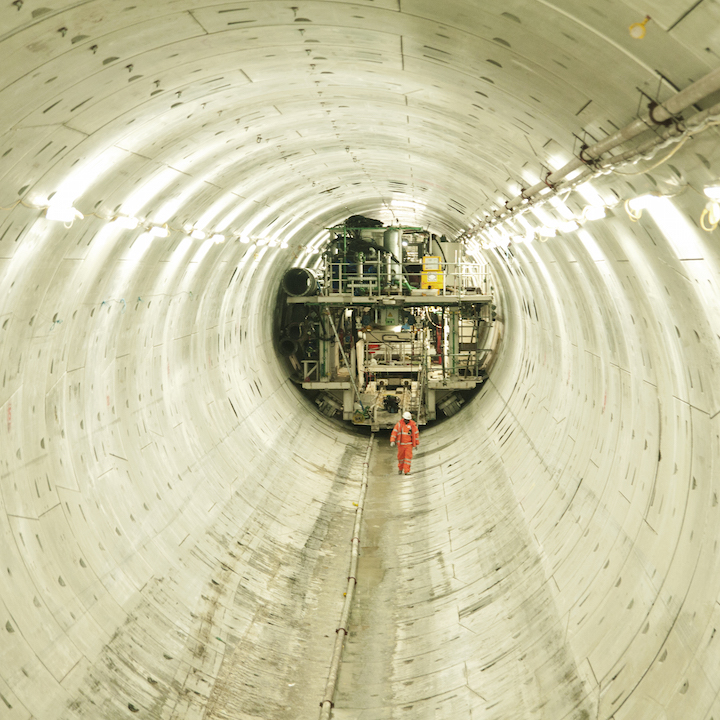 “On my last visit, I gave the Lee Tunnel a grade of 44 out of 50, which represents an outstanding performance. Quite frankly, it’ll be hard for them to improve on this score. In an area where specialists are required, they managed to fill 10% of positions from the local workforce.”

Engineering News Record:
Waste and Wastewater Project of the Year (2016)