Since 2004, Cambodia has enjoyed renewed stability and security. Following the political crises of the 1990s, tourism is growing exponentially. In fact, since 1992, Angkor, the former Khmer capital near Siem Reap, has been listed as a UNESCO World Heritage site. It draws more than a million visitors a year, making it the country’s leading tourist attraction. As a result in 2004, the airports at Phnom Penh and Siem Reap exceeded the 1.5-million-passenger mark for the first time. Records were set with 1.7 million passengers for Phnom Penh in 2008 and the same number for Siem Reap in 2007. Air traffic in Cambodia as a whole has risen sharply, with a tenfold increase from 1995 to 2015. Through its subsidiary VINCI Airports, the VINCI Group has been present in Cambodia for 20 years, contributing to the development of air traffic in line with the country’s dynamic economy and growing tourism sector. 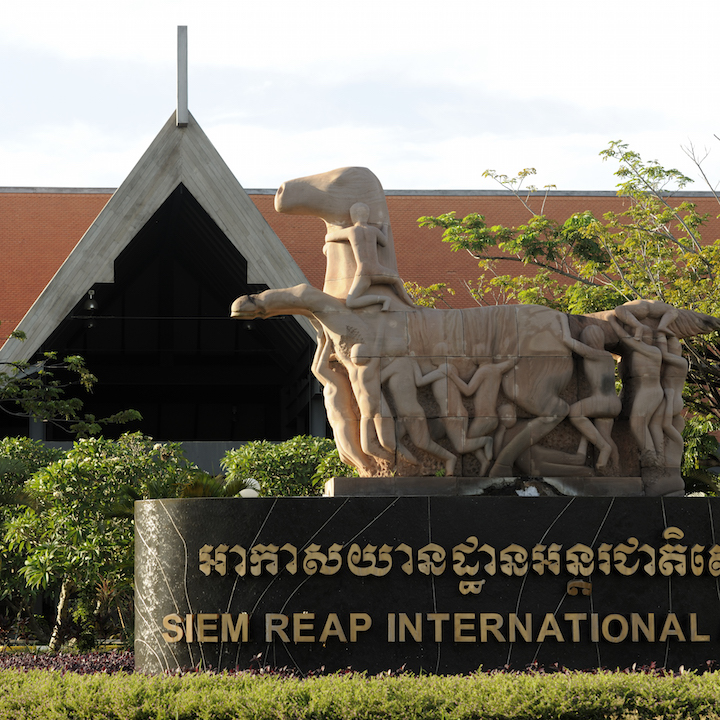 The architectural design of the terminal in Phnom Penh Airport is resolutely contemporary as befits a modern capital city. The style of the building is simple and spare. Conversely, the architectural design of the Siem Reap Airport reflects its proximity to the temples at Angkor. The building’s style draws its inspiration from Cambodian tradition and features a cathedral-like metal structure.
On both these airport projects, part of the existing infrastructure had to be demolished to make room for renovation, which required that we carry out studies and reinforce existing buildings to ensure that no potential flaw remained.
For Phnom Penh Airport, we devised climbing formwork to erect poles at the edge of the international zone. More specifically, air traffic activities made it difficult to use tower cranes; as a result, we had to use mobiles cranes and adapt our building methods to take this constraint into account.
Also, since both design-build projects involved expansion and renovation works at busy sites, we had to contribute to maintaining both airports in operation even though our expansion and renovation activities affected all airport locations. To minimise disruption to air traffic and the movement of personnel and users, work was scheduled in phases. Accordingly, work could begin in one zone only if the preceding zone was fully operational and compliant with regulations, including, above all, safety regulations.
These works were followed in 2017 by the delivery of a new arrivals hall and boarding-area extension at Phnom Penh Airport. Now tourists will benefit from two additional boarding gates. More than 10,000 m2 of floor space has been added to the existing terminal.

The international airports at Phnom Penh and Siem Reap provide service to Cambodia’s two leading economic and tourist hubs and contribute to the kingdom’s development and reputation.

This project responds to the needs of the people of Cambodia. Thanks to the new extensions, these airports can handle more passengers, namely, up to 4.7 million at Phnom Penh Airport and 3.6 million at Siem Reap Airport.
On this project, VINCI Construction Grands Projets hired local labour, including workers from industries other than construction. To ensure safety, quality, and on-time performance, the Skill-Up training program was provided on site to ensure appropriate work-related conduct and understanding of work methods and techniques.
In an effort to showcase Cambodian traditional art, the thirty unique statues that decorate the airports were created by artisans in Angkor. This initiative helps perpetuate Khmer art and provided employment (including a contractual wage and complete benefits) for disadvantaged workers from the region of Siem Reap. 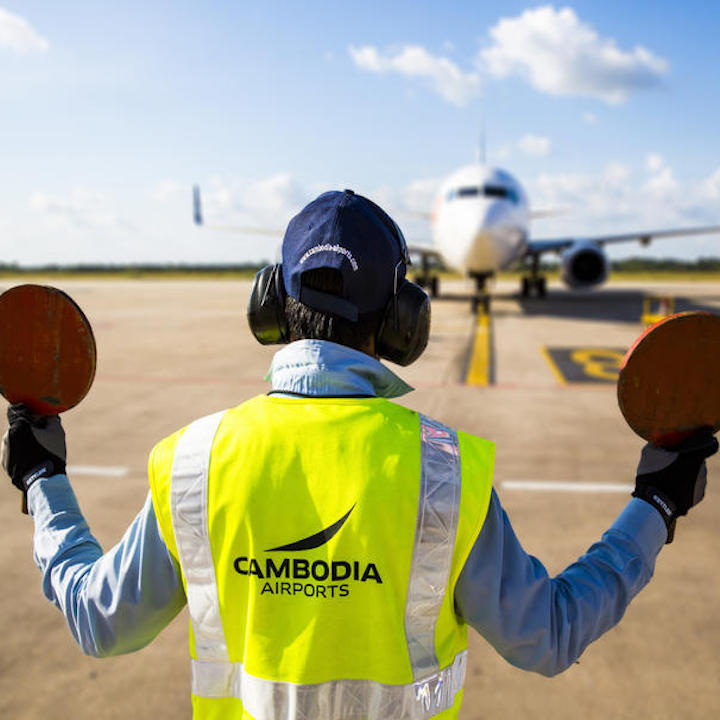 “Both are turnkey projects, that is, they are delivered with all airport equipment and systems, including check-in counters, security gates, baggage sorting, and boarding bridges.”