From 2005 to 2010, the population in the capital city of Qatar doubled, rising from 400,000 to 800,000. In addition to this demographic boom, Doha also experienced an economic boom. To cope with this situation, the government of Qatar launched urban development projects. One of these projects called for the construction of a pumping station to treat wastewater in Doha. The station is designed to supply treated but non-potable water to industrial areas, irrigate districts in Pearl, and the new city of Lusail. The project included a network to collect wastewater, a lifting-pumping station, a treatment plant, and a network to redistribute treated water. 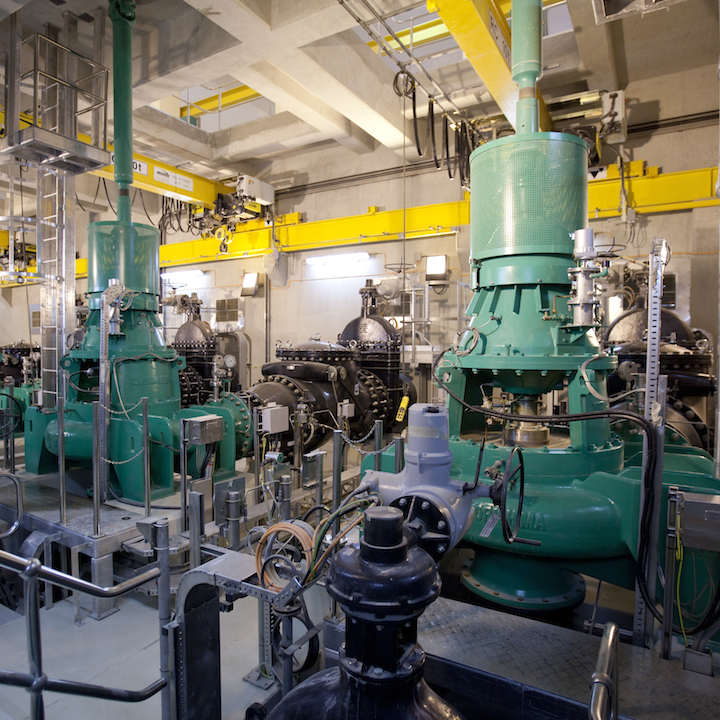 Pumping station PS70 consists of an initial well 40 metres deep and 20 metres in diameter (including a screen to filter large sollid waste), a second well at the same depth but 40 metres in diameter designed to raise wastewater, a main building above-ground housing a second set of pumps to convey wastewater to the treatment plant (for a total of sixteen pumps, each with a capacity of 4,800 cubic metres per hour and 800 kW), auxiliary buildings such as administrative and electrical facilities, and a unit for treating odours.
Given the ground’s geological properties, earthworks were carried out mainly with rock-hammer excavators and cable excavators for mucking operations. Given the rock’s permeability, we had to evacuate 3,000 cubic metres of pumped water a day, with the water being reinjected into a well 300 metres deep. Construction of the two wells was achieved through eleven successive lifting operations of 3.75 metres using climbing formwork. Peripheral walls 1.5 metres thick were raised with standard formwork. The more central and complex parts, including reinforcement of 300 kilograms per cubic metre, required the use of specific tools, thereby facilitating concrete pouring for the one-piece casting of each level.
To transfer wastewater from pumping station PS70 to the treatment plant, we had to build a network consisting of ductile cast-iron pipes 1.6 metres in diameter, a 400-millimetre polyethylene pipe, and four, 150-millimetre PVC ducts. The pipes have a polyethylene inner lining specially designed for this project to protect them from the acidity of wastewater. Since the soil is highly corrosive due to its high chloride content, the exterior of the pipes was also protected by applying a coating bituminous adhesive strips. The pumping station is located in a district undergoing urban development; accordingly, special care was taken to reduce noise pollution. It’s worth noting that no complaints about noise were received from local residents during the whole project even though we used blast techniques to excavate very dense soil layers during our earthworks operations.

This was a very complex construction project. It required the use of a broad range of techniques and materials. The most challenges components included the rock-hammer excavations and the building of huge wells in reinforced concrete to draw down the water table.

This project in Doha, the capital of Qatar whose demographics and economy are booming, is part of a global urban development program. This structure is designed to convey wastewater from North Doha to a treatment plant 25 kilometres away through three networks of ductile cast-iron pipes, which were also installed as part of this project.
This project is the fruit of expertise synergies within the VINCI Group: pipes, water-management processes, and civil engineering know-how from VINCI Construction Grands Projets; pumps and electromechanical works by Entrepose Contracting; and knowledge of local practices and realities through QDVC, the Group’s subsidiary in Qatar. It’s worth noting that this is one of the largest water-management projects ever undertaken by VINCI Construction Grands Projets.
Among the many challenges we had to overcome, there was the issue of diversity: no fewer than thirty nationalities and suppliers from all over the world (including Europe, the United States, Canada, the United Arab Emirates, Africa, and Asia) were represented in this project. This complex reality required painstaking attention to logistics and transport between the many suppliers and the worksite in Doha. Other constaints had to be overcome: the pumping station has unusually high capacity but was built in a confined space (150 x 150 metres), which required good coordination of works activities, in particular concurrent activities. Finally, Qatar’s desert climate, with summer temperatures as high as 55°C, compelled us to use specific work methods and precise scheduling. 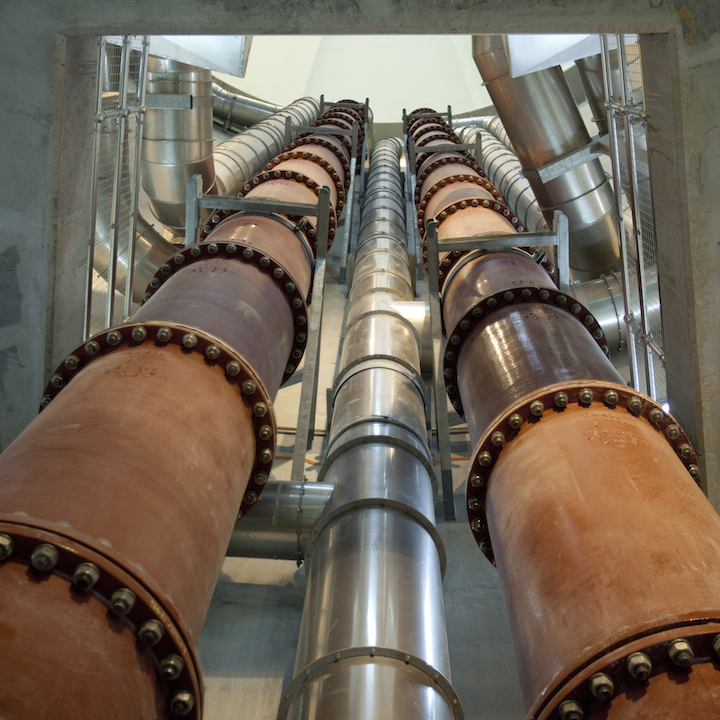