Prior to the construction of Stade de France, the French government had not build an Olympic-class stadium in more than 70 years. In 1992, Fédération Internationale de Football Association (FIFA) selected France as the host country for the 1998 World Cup of Football. One of the conditions was to build a covered stadium with 80,000 seats. In October 1994, the then prime minister of France selected the project designed by the architectural firm M.Z.R.C. and submitted by the Bouygues–Dumez–SGE (VINCI) consortium. The building permit was issued on April 30, 1995, that is, three years before the start of the World Cup. The stadium was inaugurated on January 28, 1998 by the French president for a game between France and Spain. The stadium stands out as a versatile venue that can accommodate sports competitions as well as concerts, shows, and other events. 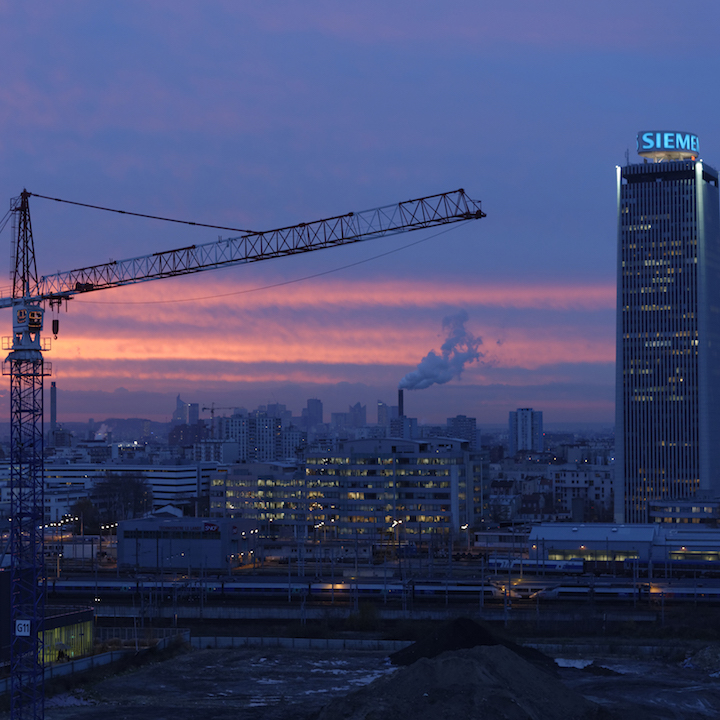 The exterior perimeter of the ellipse is 1 kilometre long; the interior perimeter, 400 metres. The roof is suspended on 18 steel masts in the form of javelins. It was designed to withstand winds of up to 145 kilometres an hour, which is stronger than the strongest wind speeds ever recorded in or around Paris. The glass casing is slightly opaque to reduce contrast, ensure spectator comfort, and provide enough sunlight for the grass to grow. All lighting (454 projectors) and sound (36 set of speakers) systems are built into the roof. Stormwater is collected on the roof, without spilling over the perimeter, and evacuated through pipes located inside the masts. The roof covers six hectares (an area as large as Place de la Concorde), including five hectares of total covering and one hectare of glass casing. The teams had to use one of the most powerful cranes on the market to raise the 36 roof components, each weighing 350 tonnes and suspended at a height of 42 metres.
The lawn in the stadium is of high quality and owes its original design to the use of a soil substrate known as Lavaterr, made from volcanic rock. On an initial 10-cm layer of Lavalit volcanic granulate, a second 15-cm substrate was placed, made from crushed volcanic rock, quartz sand, and fertilising material. As a result, the lawn in the Stade de France has outstanding draining, cohesion, and water-retention properties.
Another noteworthy fact about this infrastructure is how quickly it was built. Earthworks operations totalling 800,000 m² were completed in five months, and the 180,000 m³ of concrete required on this project was poured in one year. Technical tasks, including installing the roof and the 25,000-seat mobile capacity were also completed in just one year.

The underlying objective for building this structure was to host the Olympic Games since the stadium can accommodate team sports such as football and rugby as well as track-and-field events thanks to its retractable seating feature. From the start, it was designed as a multifunctional and versatile facility. It is one of the few stadia anywhere to have hosted a Football World Cup final and Rugby World Cup Rugby final.

Stade de France is located in Zac du Cornillon in the Plaine-Saint-Denis commune, 1.5 kilometres from Paris. It is also 7 and 20 kilometres, respectively, from Bourget and CDG airports. The stadium is accessible by motorways A1 and A86, by metro, and two RER train lines.
This major project contributes to France’s standing in the world and the development of its sports activities. It also contributes to urban renewal, economic development, and the social revitalisation of Plaine-Saint-Denis. In fact, the project made social re-integration one of its priorities. Stade de France, which is another hallmark in France’s great tradition of public works, is designed to position Plaine-Saint-Denis as a major economic-development hub.
The stadium, with its open architecture and harmonious integration into its surroundings, contributes to the regeneration of Plaine-Saint-Denis. Stade de France is more than a “sports cathedral” – it is a convincing example of how political will can be applied to drive regional development and renewal. 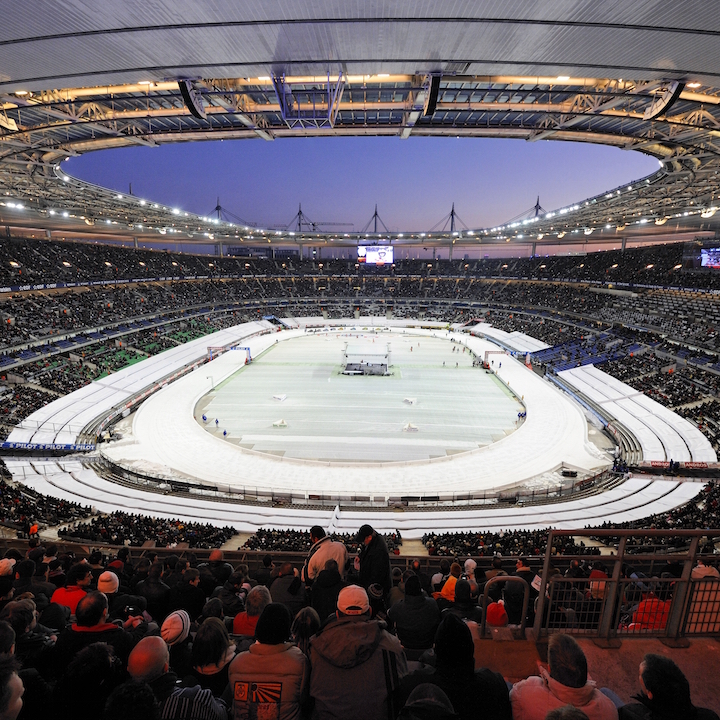 “This is the stadium France has been waiting for a long time. It will be called, simply, Stade de France.”

Guy Drut, then minister of sports