With a will to integrate member states economically through the “Single Market,” the European Union decided to develop its transport infrastructure to facilitate travel between neighbouring countries. It focused on rail transport as the main means for travel.
The construction of the Channel Tunnel was part of a major European program to create a high-speed rail network in continental Europe.
The English Channel, which once shielded the British Isles from continental Europe, now enables this rail link connecting France and England.
The idea of connecting the United Kingdom to the continent was the dream of engineers for many decades. Officially inaugurated by Queen Elizabeth and French President François Mitterrand on May 6, 1994, the Channel Tunnel became a reality. 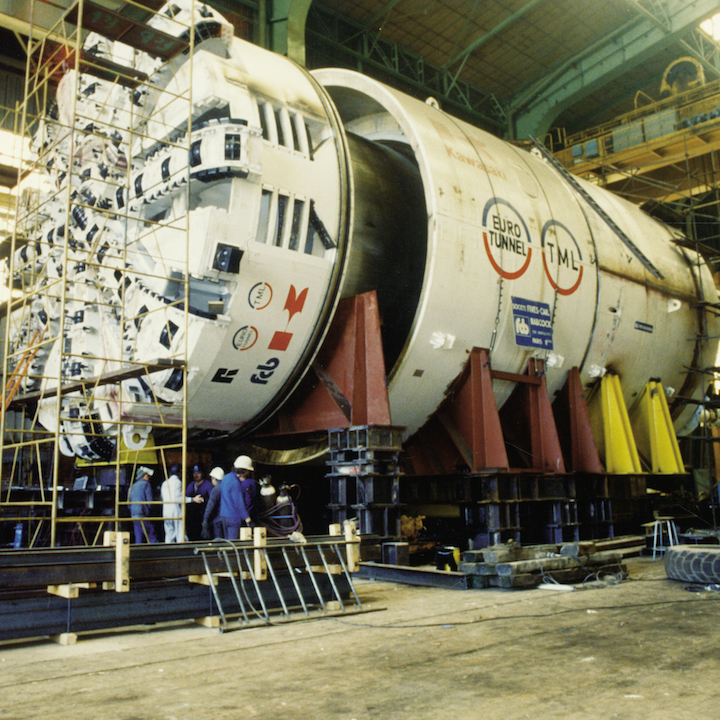 The construction of the Channel Tunnel pressed five TBMs into service. For undersea drilling, we used earth-pressure TBMs that could function in open or closed mode and under a pressure of 11 bars. Underground, we used earth-pressure TBMs that operated exclusively in closed mode under 3 bars of pressure. The tunnel profile was determined so that we could always stay within the watertight blue chalk layer.
Running through the blue chalk at a maximum of 75 metres below sea level, the Channel Tunnel consists of three parallel tunnels: two rail tunnels and a service tunnel located between these two tunnels. The diameter of the railway tunnels is 7.6 metres, while that of the service tunnel is 4.8 metres.
These three tunnels have reinforced concrete-clad segments. They are connected by communicating passages. These passages also facilitate the functioning of the ventilation system inside the tunnel. Fresh air is blown into the service tunnel. This air then spreads to the rail tunnels through the check valves. The process prevents the service tunnel from being contaminated by smoke in the event of a fire.
Finally, this project was a technical feat where safety is concerned. Everything was analysed and put in place to minimise risks, no matter what type of train was used. So, taking the train beneath the English Channel is less risky than another train journey for an identical distance. The rail tunnels have been designed in such a way that when there is a derailment, the trains cannot overturn and stay straight.

The Channel Tunnel is a rail tunnel that links the southeast of England to the north of France. It is run by the Franco-British Eurotunnel company. To date, this is the tunnel with the longest undersea portion in the world.

The tunnel interior receives three types of traffic: the Eurostar TGV for passengers, freight trains and roll-on roll-off shuttle trains for passengers with vehicles. The trip through the tunnel takes about 30 minutes.
Thanks to the Eurostar which runs through the Channel Tunnel, Paris is a mere two hours from London.
This major construction serving the public is an architectural feat of the 20th century. According to the American Society of Civil Engineers, the Channel Tunnel is one of the seven wonders of the modern world and according to the International Federation of Consulting Engineers, it is one of the “major civil engineering projects of the last 100 years”. 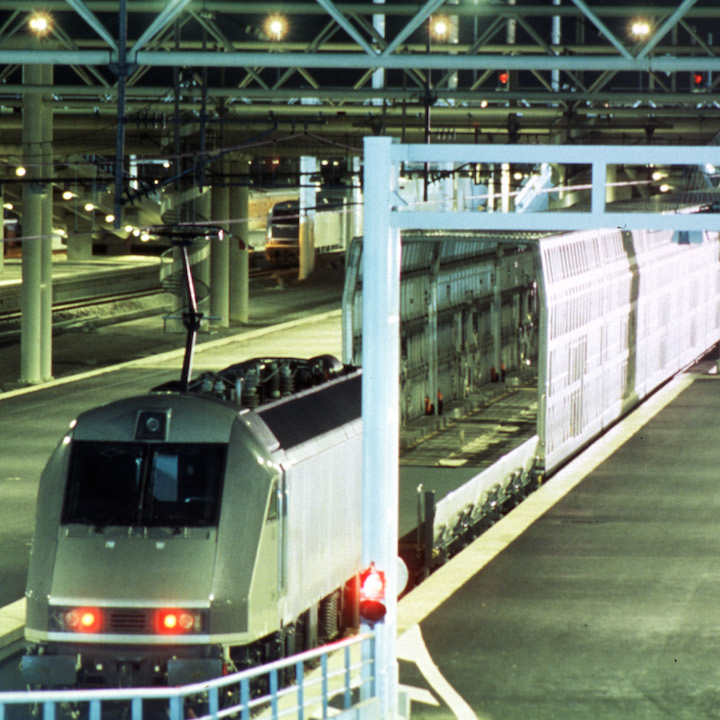