The El Teniente mine is located in the Andes, 80 km south of Santiago. It is one of the eight sites operated by the Chilean state-owned company, Codelco, which extracts Chile’s leading natural resource: copper. Mining operations started at the beginning of the 20th century with the upper levels of the deposit at an altitude of more than 2,000 metres. The method: a tunnel drilled on the side of the mountain to access the Pipa: an area where the ore is crushed from the vast caves before being transported by rail to the extraction facilities. When resources at one level are exhausted, the access tunnels are mined and the mining moves to lower levels. This is the context in which the New Mine Level project was launched in October 2011. Projecting that the mine level would be depleted in 2018, Codelco started building two new 9 km tunnels, one for workforce access and the other for haulage. 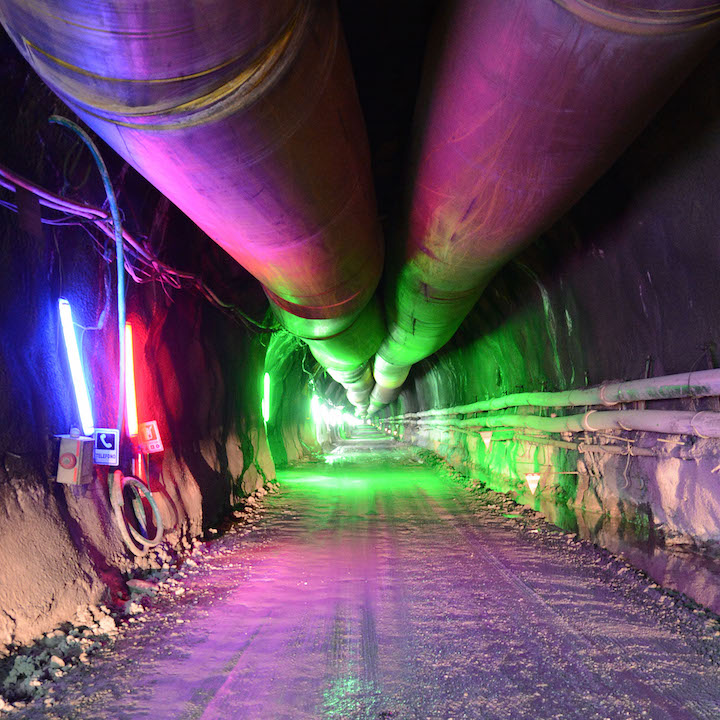 The two tunnels as well as the two intermediate access tunnels were excavated by blasting. The diameter of the staff tunnel is 8.3 metres and the ore transport tunnel, 9.6 metres. The distance between the two tunnels is 40 metres. Their common section is connected by a total of 14 cross-tunnel footpaths every 300 metres and eight cross-tunnel roadways every 1,500 metres. The number of approaches (from two to six approaches depending on progress) as well as the length of the tunnels (up to 9 km) required us to install a powerful ventilation system. Apart from this, the project also carried major risks from water, which could be highly acidic (pH = 3). So, we provided for the installation of a pumping and lifting system. Plants were installed at tunnel entries to treat the water before draining it into the river. The El Teniente site in the Andes is located in a volcanic geological formation. The formations found could date from the Miocene or Pliocene periods and are dissected by several gorges. The geological profiles found present high internal stresses, a mantle between a few metres thick at the tunnel entrance up to more than 1,000 metres thick at other places and a rock surface hardness (Unconfined Compressive Strength) between 45 MPa and 310 MPa. Finally, the site had to deal with the geotechnical problems of severe rock burst (spontaneous, violent fracture of rock due to the release of violent energy from a seismic jolt).

At the peak of activity, the site was organised and equipped for work on six approaches simultaneously around the clock, requiring the recruitment of 800 workers. In all, the project mobilised more than 1,100 participants.

In operation since 1905, the El Teniente mine located in the Andes mountain range is the largest underground copper mine in the world. Our construction created a new mine level. This expansion project programmed for a life cycle of 60 years will extend the mine’s production for 50 years.
A partnership with the National Training Institute was established to train Chilean workers. For the El Teniente tunnels, four modules were developed by VINCI Construction Grands Projets so that workers could develop the four key skills needed on the project: working with the Jumbo (driller) to blast holes and build support bases, applying projected concrete on the tunnel arch by remote control and clearing the mucking using mining loaders. These training sessions were positive both for the project and the improvement of the workforce and local standards.
This structure adds to VINCI Construction Grands Projets’ experience as a leading player in underground construction, which includes achievements such as the railway tunnels in Hallandsås (Sweden), Liefkenshoek (Belgium) and the Cairo metro in Egypt. 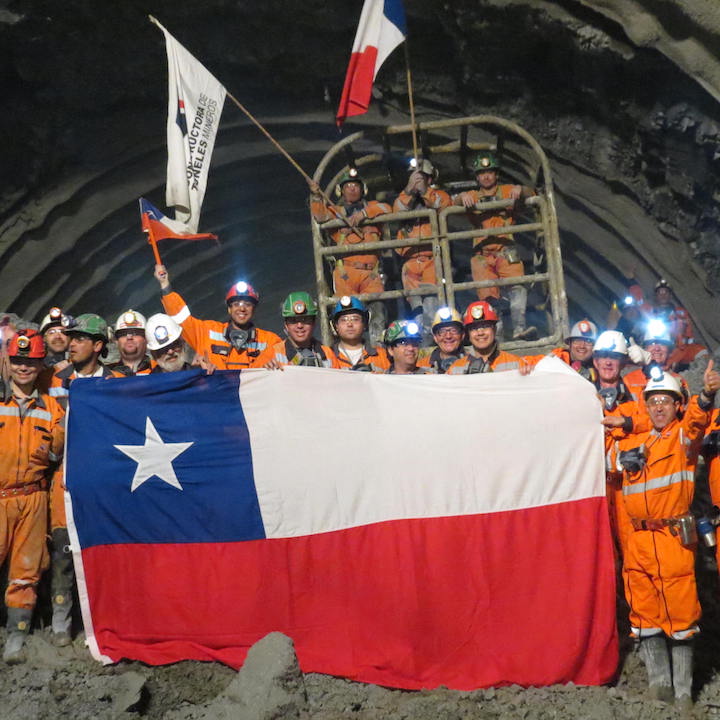 “A mining project of this size is a first for VINCI from a business and operational point of view. El Teniente is inarguably a key project for the group in its international development strategy and high-potential sectors such as mines.”