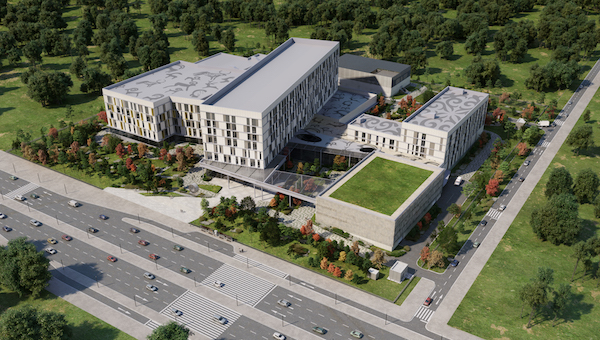 For the third year in a row, VINCI Construction Grands Projets has been awarded the prize in the “building projects outside France” category for its preliminary design of the Oncology Centre in Astana, Kazakhstan. The jury was won over by the collaborative process involving participants based in different continents and the implementation of a full BIM initiative for the first time in this Central Asian country. The teams also created mock-ups of more than 500 pieces of medical equipment from instruction manuals and technical fact sheets.

The winner in the “new projects over 40,000 m2” category was the Tour des Jardins de l’Arche in Paris La Défense area. This project was developed by ADIM Paris Ile-de-France (a VINCI Construction France subsidiary), responsible for project management, using 3D printing to produce a model equipped with 500 sensors for wind tunnel testing. The project structured and implemented ambitious BIM technology from the very first stages of design ranging from model creation and works package coordination to using an effective collaborative platform and process involving all the actors in the project.

Citinéa (a VINCI Construction France subsidiary) won the prize in the “renovation projects over 40,000 m2” category with its Noirettes & Grand Bois residential rehabilitation project in Vaulx-en-Velin in the Rhône region. BIM, used from the programming to operational phase, allows the numerous participants in the project to benefit from an integrated process. The joint use of 3D scanning technology to create mock-ups of existing buildings and prefabricate walls with a structural framework in wood using BIM should allow the company to implement the systemisation of the rehabilitation of 980 housing units over a nine-month construction period.

Having received five silver BIM awards since 2014*, VINCI Construction France, through its subsidiaries and engineering teams, has indisputably established its BIM expertise and know-how. 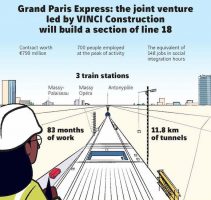 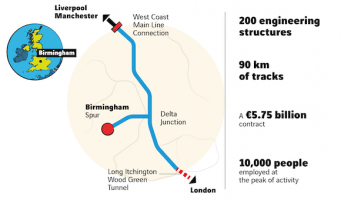