Cairo has become the largest megalopolis in North Africa. Its growth has required increasing transport and traffic-easing resources. As a result, the Al Azhar tunnel project was devised to connect the area west of the city centre with the city’s historic centre. The Fatimid city, which dates from the 10th century is located in one of the most popular shopping areas in Egypt, which includes the Khan El Khalily district and the spice market. The area features architectural treasures, including mosques, the famous Sunni Al Azhar University, and glorious palaces. A decision was made to build an underground urban roadway to ease traffic conditions between Salah Salem Street, which connects the airport to the city centre, and Ataba Square. The project would also showcase this district popular with tourists and provide access to major thoroughfares. 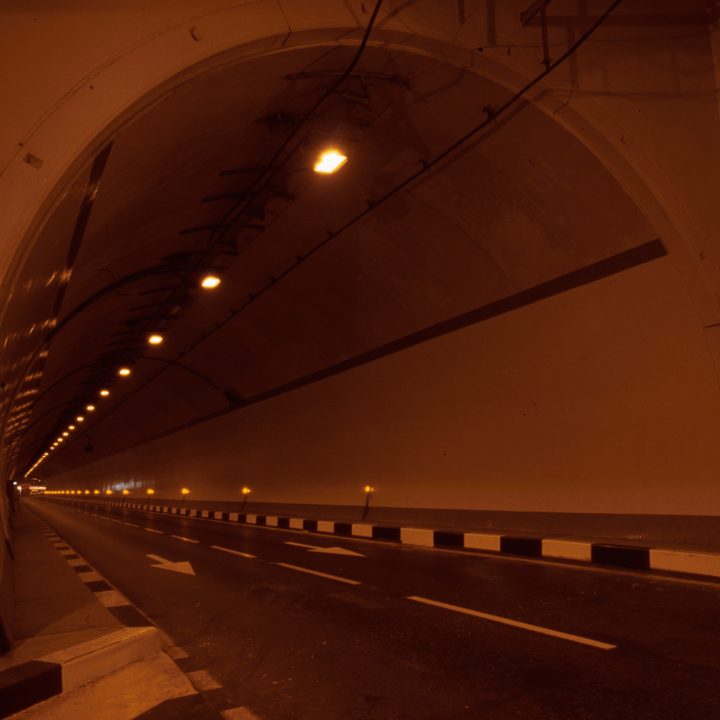 As the first urban road tunnel in Africa, Al Azhar provides a new outlook for designers. The project’s design characteristics helped achieve a safe and reliable roadway infrastructure using tried-and-tested up-to-the-minute techniques. The challenge in this project was not only its location, but also the tight construction timetable of only 39 months. Other specific challenges included building below Cairo’s old city and implementing new measures to protect users and structures in the event of fire (to prevent a repeat of the tragic events in the Mont Blanc tunnel in France).
The course of the tunnel was finally settled in July 1998 when the authorities decided to place ventilation stations on publicly held land in order to avoid expropriating privately owned land, with the first located in the square near the Al Azhar Mosque and the second in Port Said Street on a former school site. The project’s longitudinal profile dictated these choices. Carrying out excavation operations below the old city required total control over ground settlement and compaction.
The project included additional structures located from east to west of the worksite: the Darassa centre where the control centre, the main electrical components, the emergency generator, a smoke-extraction system, and an emergency exit shaft are located. The El Hussein underground ventilation station houses ventilation systems but also numerous technical facilities. The Port Said ventilation station houses ventilation systems, technical facilities, and storage and pumping capacity for stormwater and spillage of polluted water in the tunnel. The Ataba station is where the TBM’s exit shaft – a post-excavation requirement – is located. This structure also houses a smoke-extraction system, back-up ventilation system, a water-pumping station, and an air-conditioning system.

In the event of an extreme fire with temperatures exceeding 1,000°C for two hours, the prefabricated tunnel segments would be destroyed. Consequently, a decision was made to protect the segments by spraying a layer of mortar on webbing anchored in the vault. The protection against heating provided by this method is remarkable. When exposed to a 1,350°C fire for two hours, a mortar layer a mere 5 centimetres thick keeps the temperature on the surface of the segments to just 200°C. This application was among the first of its kind in the world.

East of Cairo, in a district where houses sit side by side with monuments from the Fatimid era, thoroughfares are a rarity. The main one, on which the famous Al Azhar Mosque is located, is always congested. Traffic is so dense here that a fence was installed to prevent pedestrians from crossing the street. In light of this reality, Egyptian authorities decided to heighten their efforts to renovate ancient sites. But only the development of an underground roadway could restore this district’s unity. This infrastructure is part of a set of projects of national importance. To ensure maximum safety for users, access is prohibited to trucks. The design of the underground roadway was based on existing recommendations and directives for lightweight vehicle infrastructure. The tragedy that occurred in the Mont-Blanc tunnel in France compelled the designers to exercise extreme caution. As a result, the project was modified in many ways in order to create an optimally safe transport structure. Recommendations emphasised the need to increase the number of exits and create a safe rescue path. A complete aid and rescue system was devised. Tunnel equipment and systems were designed to withstand heavy traffic, peaking at 60,000 vehicles a day with frequent car breakdowns. To evacuate all users in the first six minutes following the start of a fire (which is period during which the ventilation can cope with the spread of smoke and heat) with evacuation slides and a rate of 10 evacuees per minute, it became apparent that emergency exits were needed at every 100-metre interval. The tunnel ventilation system – another project innovation – enhances ventilation capacity with accelerators located at both ends of the tunnels. 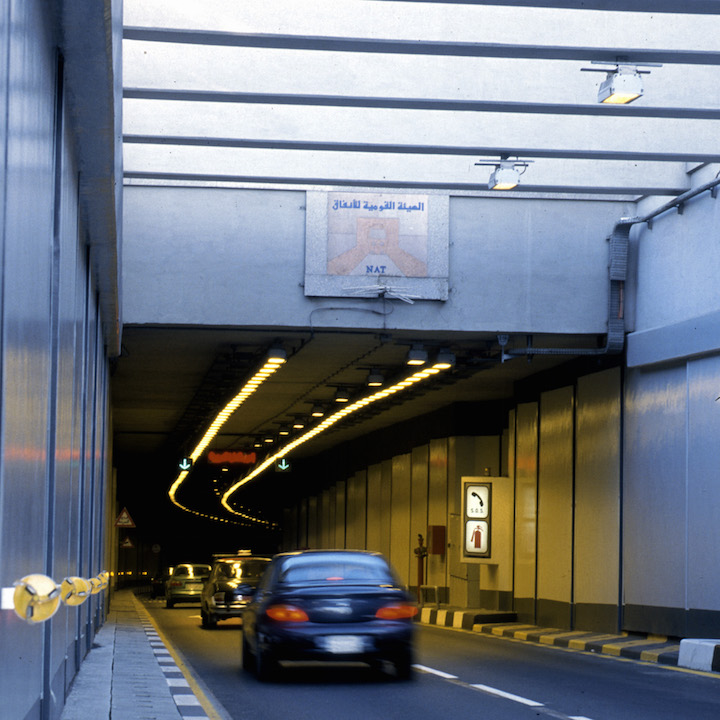