Cairo is the most densely populated city in North Africa and in the Arab world. Since the 1950s, the city has been confronted with the growing need for a metro system. By 1987, with its population exceeding the 10-million mark, transport infrastructure were clearly overwhelmed and unable to keep pace with the city’s growth.
In 1990, a study on future metro extensions showed that Cairo needed a system that could transport 8.4 million passengers a day. The transport offer at the time was 4.9 million trips a day: a shortfall of 3.5 million. The inadequate public transport offer led to a soaring growth in the number of taxis in the streets of Cairo, thereby creating further traffic congestion. This situation led to the creation of the Greater Cairo Urban Development Project, which enabled the city to build three metro lines: Line 1 was built in 1980; Line 2 in 1990; and Line 3 was opened partially in 2010 and is still under construction. 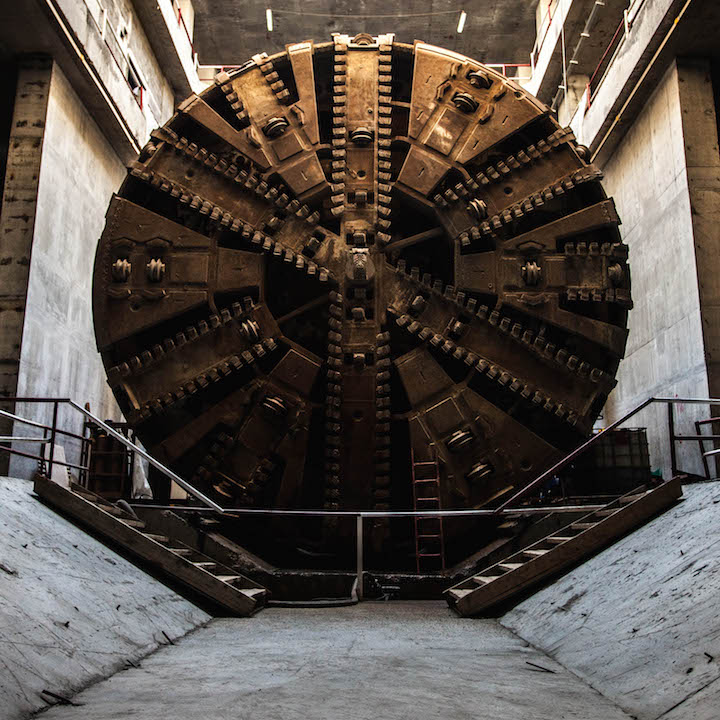 When building Line 1, we encountered alluvial soil (fine sand, silt, and clay) at depths ranging from 20 to 60 metres. The proximity of the water table caused significant seasonal variations, ranging from one to two metres. The cut-and-cover method was used for all underground works. The tunnel walls at the Saad Zaghloul, Nasser, and Orabi stations were built using precast panels 0.55 metres thick. At the Sadat and Mubarak transfer stations, we implemented cast-in-place diaphragm walls 80 centimetres in thickness for the main walls and 60 centimetres for auxiliary walls. The Sayeda Zeinab elevated station rests on 300 piles that are 40 centimetres in diameter and 16 metres long.
The Line 2 worksite was located in its entirety in the Nile’s current alluvial plain consisting of Quaternary soil and tertiary alluvium (ranging from 60 to 90 metres in depth). Above-ground, considerable variations were observed due to the movements of the river. Consequently, we opted for a cut-and-cover approach using diaphragm walls, followed by “mole” earthworks. The tunnels were built with two slurry shield TBMs with an interior diameter of 8.35 metres.
As for Line 3, as it is essentially located below the water table in the sandy layers of the alluvial plain, a slurry shield TBM was used to create the tunnel.
The metro line’s five underground stations (Phase 1) were built using the top-and-down method, which consists of earthworks following by construction of the various levels from top to bottom. In order to work in dry conditions, a waterproof, rectangular “box” consisting of diaphragm walls was built beforehand above-ground. For Line 3 (especially Phase 2), VINCI Construction Grands Projets used an innovative approach: a slurry shield TBM equipped with a new system (Variable Density) that allows it to perform in two alternating modes (earth pressure and slurry shield). The Phase 3 contract for Line 3 has been signed in April 2016. The line includes 17.7 km of new line and 15 stations (eight underground, five elevated and two at ground level). The works will require construction of a new tunnel under the Nile.
For the project as a whole, we had to factor in the close proximity of extremely dense vehicle traffic and residential buildings.

Cairo is one of the world’s largest cities. Its ever-growing population should reach 20 million in the year 2022, accounting for a fifth of the population of Egypt. Consequently, developing an effective transport network was vitally important for this city.

The objective of metro Line 1, in tandem with existing infrastructure, was to reduce the daily flow of vehicle traffic into Cairo by 30%.
The development of a global metro system targets several other objectives, namely, to: relieve congestion in the city; provide safe and fast public transport; provide transport to people with insufficient financial means to afford a car; reduce pollution; and help renovate and open up certain disadvantaged neighbourhoods.
Over the years, the Cairo metro has also become something of a showcase for the government of Egypt. Accordingly, most visiting chiefs of state are given a tour of this infrastructure.
Construction of Line 3 began in July 2007, giving the Cairo metro system a fresh boost. The project is set to be delivered in four phases. It will connect the eastern and western banks of the Nile and relieve congestion on one of the city’s main thoroughfares. 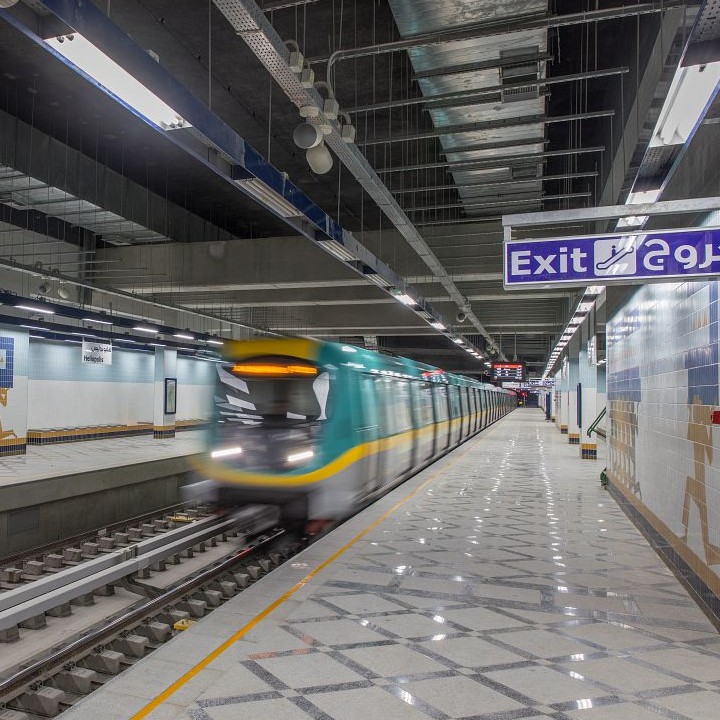 “This new contract allowed us to prolong our presence in Cairo. Egypt is a strategic location that is booming in terms of development, so there are plenty of projects, especially in the railway sector.”