The section of the Fredericton-Moncton highway forms part of the Trans-Canada Highway. It is the major road in the province of New Brunswick, as it is the main highway link between Central Canada and the Atlantic provinces.
We were given a design-build mandate for a dual 2-lane highway between Fredericton (capital of the province of New Brunswick) and Moncton (New Brunswick’s largest city), which is the fastest-growing urban centre east of Toronto, and one of the ten fastest-growing cities in Canada.
Led by the Maritime Road Development Corporation (MRDC) consortium, this turnkey project includes design, construction, financing, maintenance, and repair for a 30-year period. 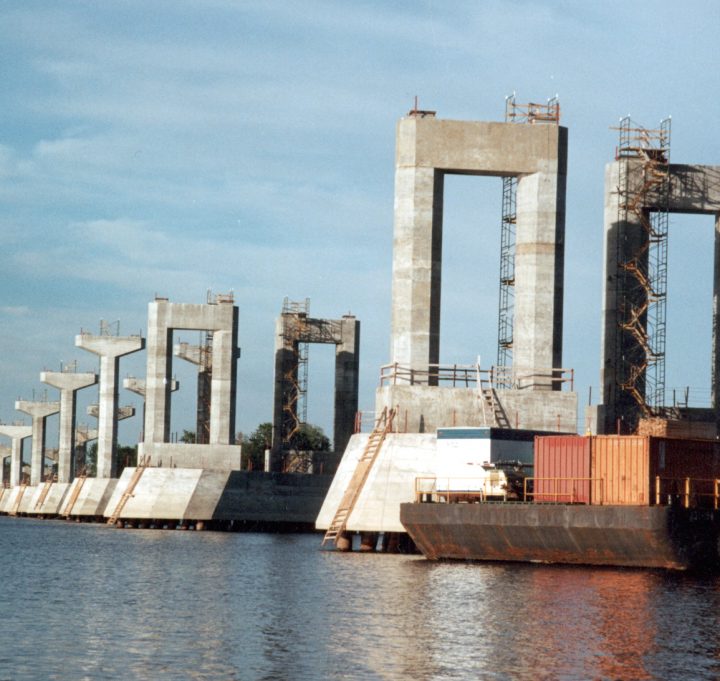 The work includes the turnkey construction of two double composite viaducts, each approximately a kilometre long. These two bridges, located some 45 minutes southeast of Fredericton, are almost identical seen from the ground. However, while the Saint John Bridge was completed in five months, the Jemseg Bridge, although somewhat shorter in length, took nine months of work to complete (primarily because of the assembly of a 400-tonne crane shipped from Toronto on 13 flatbeds, and problems encountered during its installation on humid ground). The major difficulty with these worksites was the relatively soft soil combined with very deep rock.
Moreover, the work was particularly difficult to perform during the winter, limiting operations to the foundations outside of the water, due to the apparent ice not being solid enough to support the barges. Thus, the installation of the superstructure was completed on land, and the various components were prefabricated offsite, not far from Saint John, New Brunswick. In all, it took 14 months to assemble and install the bridge superstructures, and 252 steel beams, some weighing more than 90 tonnes, were erected.

The Fredericton-Moncton highway in New Brunswick is currently one of the largest infrastructure projects in Canada.

The first defining feature of the jobsite is its geographical location. In Canada, sites are divided into sections of 10 to 20 kilometres, normally assigned to several contractors who must complete them according to the specifications set out by provincial departments.
However, our consortium was awarded the complete route according to the design-and-build concept. Another novel feature of this project is the fact that it falls within the framework of a “fast track” mode, through a public-private partnership. The experience acquired with the construction of the Confederation Bridge (the longest bridge over iced seawater and the first public-private partnership project in Canada) helped in obtaining financing and winning the contract, including the construction of the two main Jemseg and Saint-John bridges, which span a river and the seaway above the highway. This 195-kilometre, 4-lane highway with limited access between Longs Creek near Fredericton and Magnetic Hill near Moncton will result in a time savings for motorists of approximately 30 to 35 minutes, and, more important, will considerably improve safety on this roadway that was formerly considered hazardous. 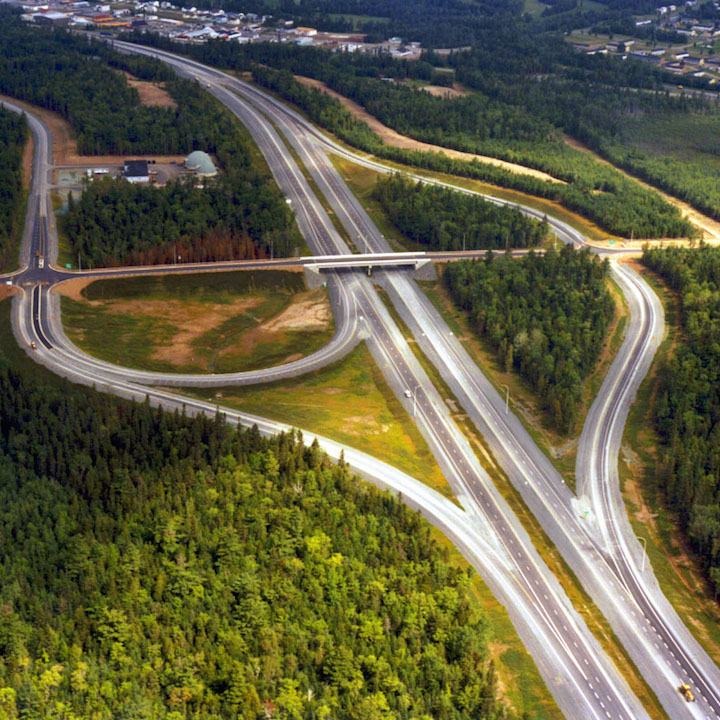