The port of Antwerp is located on the shores of the Escaut river. In the past several years, the port has experienced major development, along with an increase in its volume of activity. Accordingly, as many as 7.5 million containers are handled at the port every year. Prior to this project, there was only one rail link between the right and left banks of the Escaut river. This single rail line no longer met the port’s needs, making construction of a new line a necessity. The new rail line joins the port’s north and south sectors. 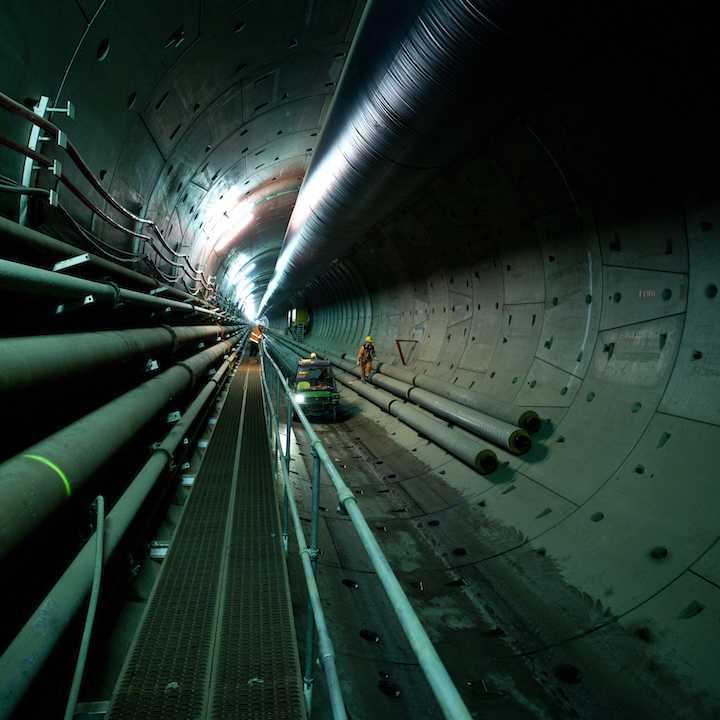 Two pressure-balance TBMs, baptised Schanulleke and Wiske, were built to dig the two tunnels, each 6 kilometres long, in sandy and clay soil. The tunnel tubes are 40 metres below the surface of the Escaut river (also known as the Schelde River), that is, about 10 metres below the riverbed, and about 30 metres below Kanaaldock. To carry out this operation, the riverbed and canal bed were prepared and reinforced with a concrete structure. Boring operations were conducted using two high-pressurised water Mixshield TBMs with a diameter in excess of eight metres.
Under the Escaut river, hydrostratic pressure, which fluctuated with the level of the ride (up to four bars at high tide), was our main challenge. The TBMs had to be equipped with a real-time pressure gauge in order to modify drilling parameters on a continuous basis given the shallow ground cover above the TBM (10 m). Under Kanaaldock, the soil is of a similar nature. In an effort to stabilise the zone in which both sets of tunnel-boring operations were carried out, 25,000 m3 of slow-curing mortar was poured in four days (from May 21 to 24, 2010) under the water at the port of Antwerp. The tunnels include access roads and shafts to be used by emergency and rescue services, along with thirteen intertubes, eight evacuation and ventilation shafts consisting of 21-metre-long, 6-metre-wide diaphragm walls installed 28 to 45 metres deep. In preparation for subsequent work (following the tunnel-boring operations), sealing and waterproofing were ensured using bentonite cement grout (3 shafts) or freezing (5 shafts). Construction of the two tunnels required production of 53,000 segments, which were built in Germany. A rail extension leading to the worksite was also built to supply up to 1,200 prefabricated segments directly from the manufacturing plant.

Two Mixshield TBMs each with a diameter of 8.4 metres were assembled on site for the boring operations. Tunnel-boring activities mobilised our teams 24/7 for a period of 20 months. The sand and clay soil allowed us to make fast progress – up to 20 metres a day – except under the Excaut river and the canal.

Thanks to the Liefkenshoek rail line, trains can complete 100 two-way trips every day without leaving the port area. Construction of the line has reduced travel distance by 22 kilometres. As a result, traffic congestion has been eased at this seaport where the volume of freight transport is increasing sharply. Freight trains no longer use critical and busy routes such as the Kennedy rail tunnel and the Antwerp-Berchem/Antwerp-Schijnpoort axis, thereby reducing their travel time by 40 minutes.
This rail link, a true intermodal logistics platform, is part of a rail-development strategy for the area in and around the port of Antwerp. Thanks to this strategy in support of growth in port activities, the authorities hope to increase container-traffic by rail from the current 8% share to 15% by the year 2030. As a result, Belgium, which is located favourably on European freight-traffic routes, will enhance its power to attract European freight-transport companies.
This project was recognised as the Infrastructure Deal of the Year in Europe by the English magazine, PFI (Project Finance International). This prize specifically rewards the funding scheme developed for one of Belgium’s leading transport projects. 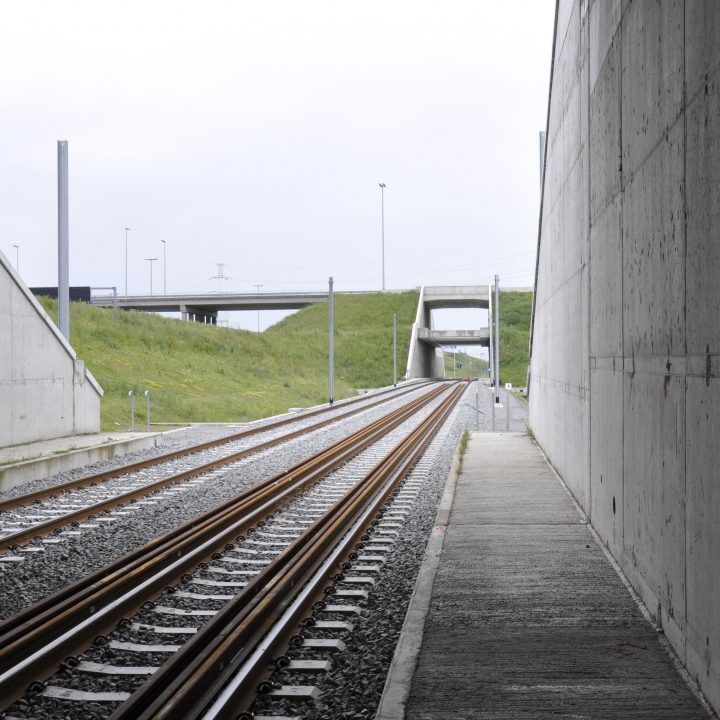