The New Orbital Highway will bypass the city of Doha to put a stop to the endless stream of trucks in the city centre. This nearly 200 kilometers peri-urban ring will connect the new Doha port to the Ras Laffan Industrial City in the north of the country. This global project was divided into four contracts. Ours is the second contract and involves a 47 kilometers five-lane dual carriageway section for light vehicles with two lanes on each side for trucks. 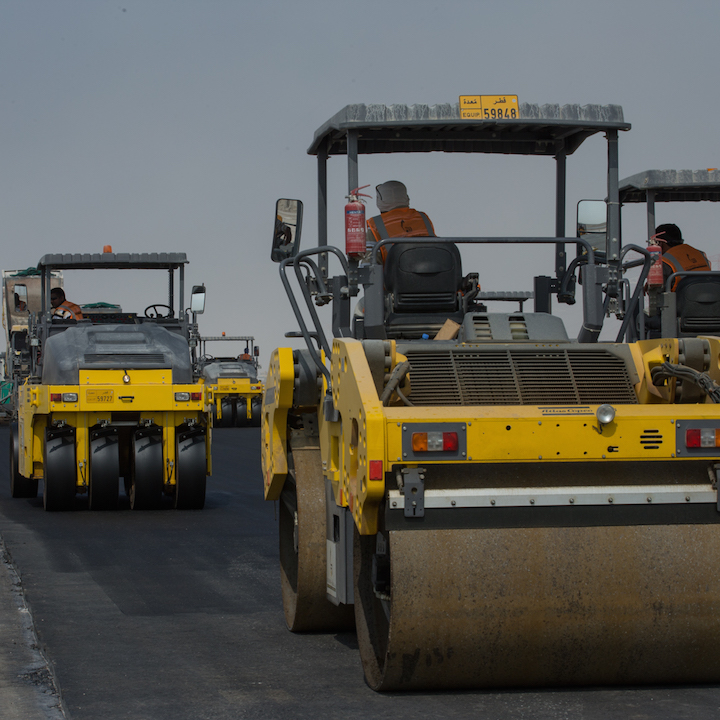 The group’s technical proposal stood out for its complete design optimisation. The difference was the excavation-backfill (reduced earthworks cost) optimisation in the design of crossroads at the interchanges.
So, in the mobilisation phase, our first challenge was to assemble extremely large quantities of materials, tools and equipment. Given the significant volumes to be imported for the project (8 million m³ of backfill), design optimisation was crucial.
In addition, the project is complex because of its size and the volumes involved. For example, 13 million m³ of backfill, 490,000 m³ of concrete and 3.6 million m² of road paving are required.

One of the challenges of this project is supply: many projects are in progress at the same time in Qatar, a country where everything (or almost) is imported. This concomitance creates real pressure on projects.

Doha, as the capital and the largest city in Qatar, is where nearly half the country’s population lives. It is known for its rapid economic and demographic development (the city’s population increased by more than 30,000 between 2004 and 2006). To compensate for the lack of infrastructure and prepare for the 2022 FIFA World Cup, the city of Doha recently expanded its transport network with new roads, a new airport and the construction of a metro system. The explosive growth of the Qatari capital in such a short time has given rise to traffic congestion.
This new nearly 200 km highway on the outskirts of Doha to connect the new port in the Qatari capital to the Ras Laffan Industrial City is being built to bypass the city centre and ease current traffic as well as anticipate the increased traffic of the coming years.
VINCI Construction Grands Projets’ new contract in Qatar testifies to its subsidiary QDVC’s successful local base. In seven years, QDVC has positioned itself as a major player in the Qatari construction market. The company is currently involved in the southern portion of the Red Line of the Doha metro project, the Lusail light rail project and the basement carpark and landscaped park of the Sheraton in the heart of the West Bay business district. In 2012, QDVC delivered the largest pumping station in the country. So, this project marks the diversification of our activities in Qatar. 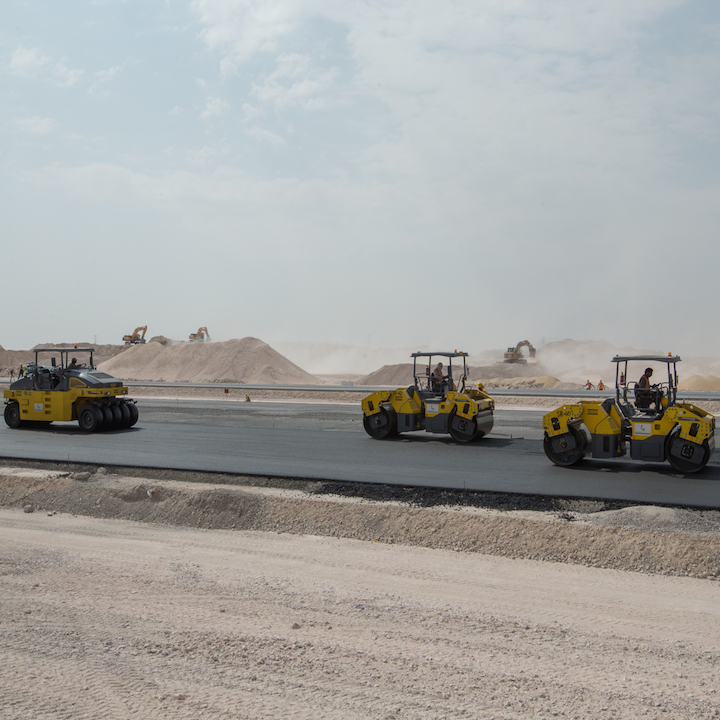