The idea of building a bridge over the 3-kilometre-long Strait of Corinth is nothing new. As early as 1880, Prime Minister Charilaos Trikoupis considered building a bridge over the strait. In the past 40 years, the Gulf of Corinth has experienced no fewer than 10 earthquakes that have widened the gap between the Peloponnese region and the mainland by 8 millimetres. In the early 1990s, the project became technically feasible. In 1996, Gefyra, a subsidiary (53%) of the VINCI Group, won the call for tenders. The first stone of the bridge was placed in 1998 by Prime Minister Costas Simitis. The seven-year work schedule was divided into two phases: an initial two-year period devoted to feasibility studies followed by a five-year construction period. In May 2004, the Rion-Antirion Bridge was completed – five months ahead of schedule and just in time for the Athens Olympic Games. 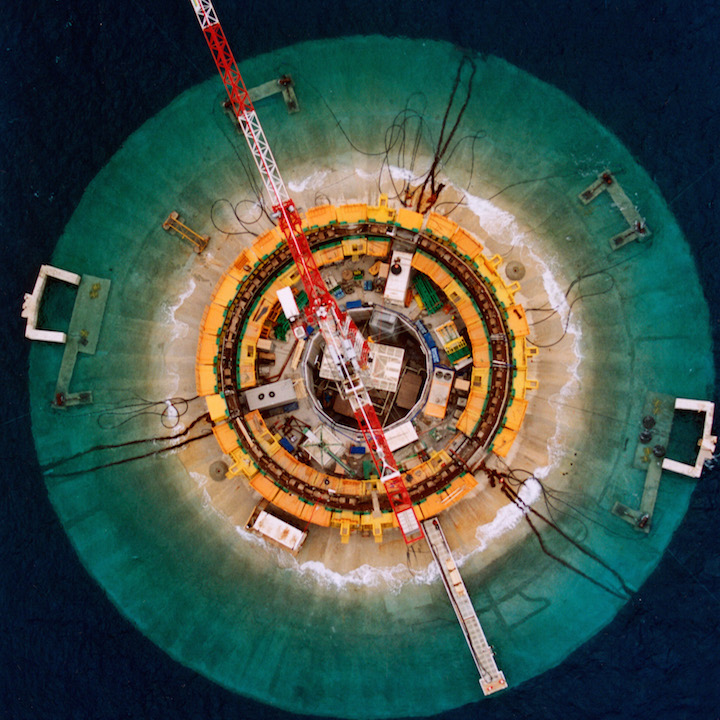 The main technical challenge of the project was the marine subsoil in the area, which is not favourable for large-scale construction. To a depth of 60 metres below sea level, the subsoil consists chiefly of a cohesionless clay layer that is too soft for construction purposes sometimes mixed with sandy and silt-laden soil. Layers of rocky soil are to be found 500 metres below the subsoil. The only viable technical solution was to build piers with wide supporting caissons resting on the seabed. In addition, we had to reinforce the subsoil to a depth of 20 metres to ensure that the structures would withstand a potential 2-metre shift in the event of an earthquake. By strengthening the subsoil, we ensured that the piers would absorb the seismic shocks rather than collapse.
To build the bridge, each pier in the subsoil was reinforced with 25 to 30-metre hollow steel tubes entrenched in a layer of ballast. The supporting caissons, which are 90 metres in diameter, are the largest ever built. The piers can absorb seismic shocks that otherwise would make them tumble.
The deck was designed to swing to accommodate seismic movement. It is not anchored to the piers but is instead suspended from the cable stays. The deck is connected to the top of each pier by fuse restrainers designed to act as a rigid link to protect the bridge from the region’s strong winds and by dampers. In the event of an earthquake, the fuse restrainers yield, allowing the dampers to dissipate seismic energy and minimise movement.

Building such a structure involved the implementation of major innovations in terms of construction methods, especially with regard to reinforcing the marine subsoil – making this bridge a one-of-a-kind achievement.

Rion-Antirion Bridge is a technology and engineering masterpiece that contributes to economic development on both sides of the Strait of Corinth: the Peloponnese and mainland Greece. Formerly, crossing the Strait required the use of supply vessels and ferries and 45 minutes. The Rion-Antirion Bridge reduces travel time from one shore to the other from 45 minutes to a mere 5 minutes.
Another advantage of the bridge over boats is that the bridge can operate in any weather condition.
The bridge links two major highways, thereby fostering local development and, via the ports of Patras and Igoumenitsa in northwestern Greece, provides a more effective connection Greece and Italy.
The bridge also makes a major contribution in terms of human capital. Since Greece does not have a public works school, the 1,200 people employed at the worksite, most of whom are local residents, were trained in new construction techniques in Rambouillet, France. This training program helped ensure a zero-accident project and provided Greek employees with an added professional qualification. All of these details contributed to making the project a true success. The residents of the region have already dubbed the bridge – which is a combination of technology and splendour – the “eighth wonder of the world.” 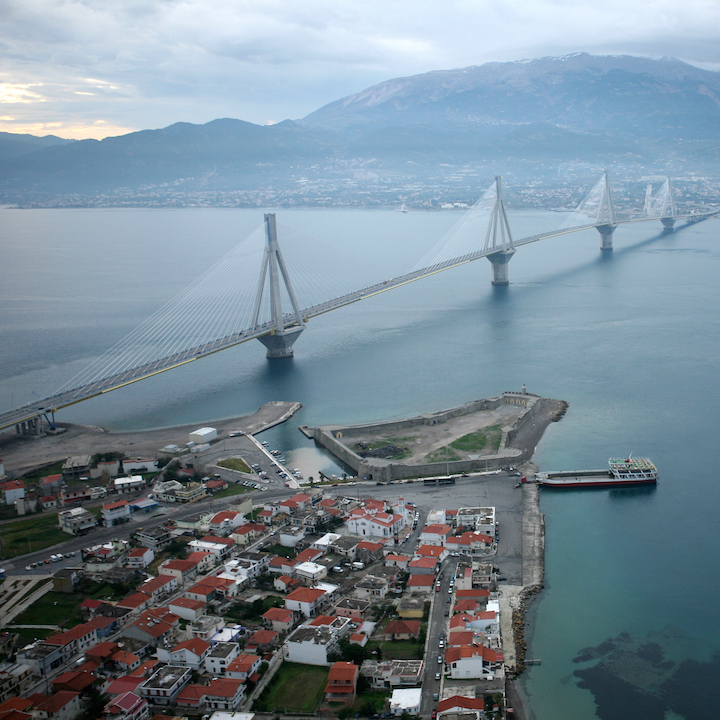 “This bridge was designed above all to withstand earthquakes. Tests were carried out to ensure that the structures would be resistant quakes above 7 on the Richter scale. In the event of an earthquake in the region, everything will be destroyed except the bridge.”