Construction of the Atlantic Bridge is part of the commitment made by Autoridad del Canal de Panama (ACP, the Canal authority) to provide a permanent crossing (either bridge or tunnel) as part of the project to build a third set of locks.
Post Canal expansion, the road network in the East sector will be cut at Bolivar road, thereby requiring the building of a new crossing. The new span will also connect the coastal communities below Colón. 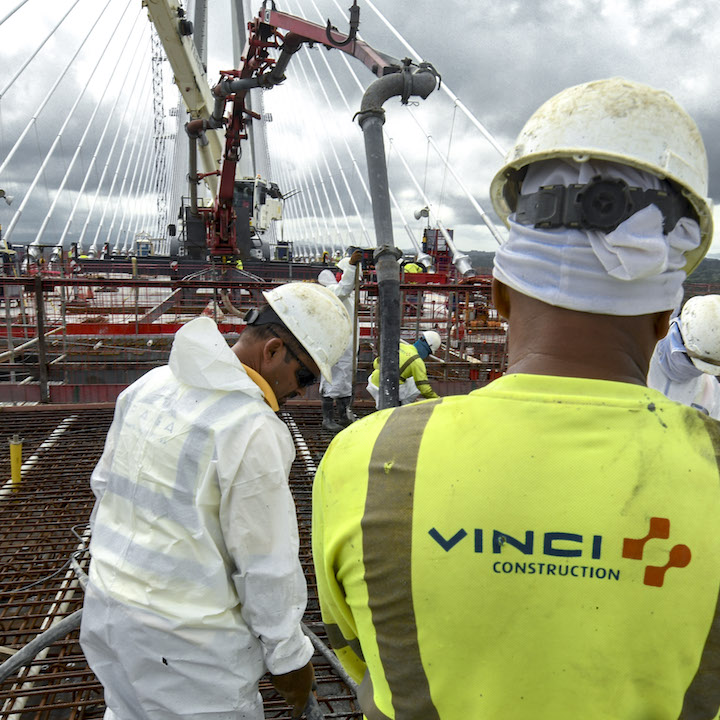 To prevent disrupting Canal operations and traffic, construction work cannot be carried out in shipping channels; as a result, the deck has to be cast in place. This double-pylon, reinforced concrete, cable-stayed bridge will carry two lanes of traffic in either direction and stand 75 metres above sea level.
The contract also calls for the construction of access viaducts (totalling two kilometres) on either side of the bridge, along with connections to the existing roadway network.
The bridge deck’s concrete girders are cast in place. The girders are 2.8 metres high and supported by cable stays at 8-metre intervals (7 m at the abutments). As for the pylons, they are not less than 212,5 metres high.
The decks of the access viaducts consist of precast concrete girders and are installed with a 45-metre launcher and 78-metre cranes. Their 125-metre spans are cast in place using the cantilevering method.

With its 530-metre main span, the Atlantic Bridge will be the world’s longest concrete cable-stayed bridge.

The Atlantic Bridge, located 3 kilometres north of the Gatun locks, will allow vehicles to cross the Panama Canal whether or not the locks are in operation. Seeming to defy gravity, the structure erected by VINCI Construction Grands Projets will be one of the world’s longest cable-stayed bridge. With a main span of 530 metres, pylons 212.5 metres high, and a vertical clearance of 75 metres, it will allow the largest container ships, the Post-Panamax, to pass through the Canal.
This project marks the historic return of a French company on the Panama Canal site and adds yet another achievement to the long list of bridges built by VINCI Construction Grands Projets such as Pont de Normandie in France, the Severn Crossing in the United Kingdom, the Confederation Bridge in Canada, and Rion-Antirion Bridge in Greece.
The coastal communities below Colón in Panama, and their 80,000 inhabitants, will enjoy the benefits of a new bridge providing an east-west span over the Atlantic approach to the Canal. 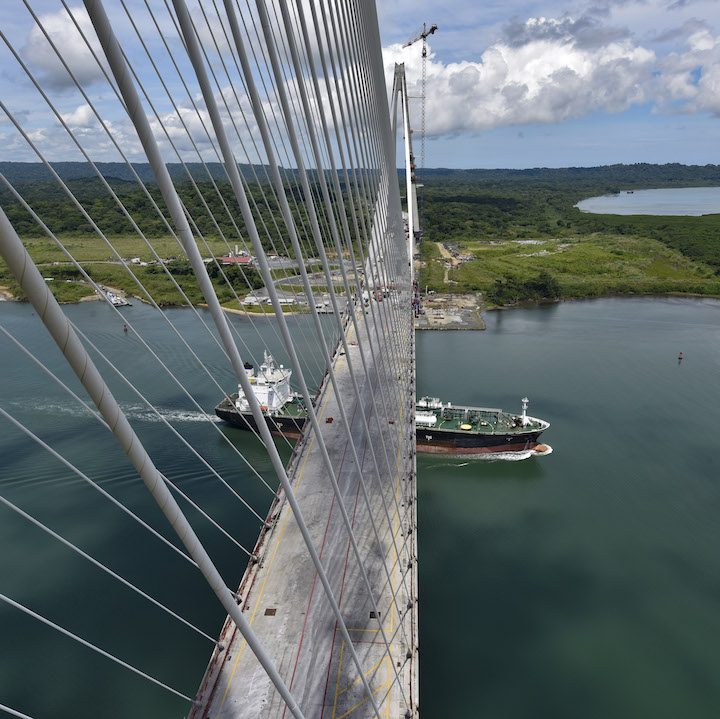 Video of the Atlantic bridge